I’ve heard many opinions on in the book blogging community about how common it is for books, especially young adult books, to have a first person narrator.  Grab The Lapels had a wonderful post on why she was frustrated with YA novels, and made a fascinating point about just how too common a first-person narrator is in YA fiction and how much that can limit the perspective of a book. Her post made me began to consider the impact a first-person narrator has on a book.

I’ve had several different experiences with first person narrators. It seems they generally have one or more of several impacts on a book. They can be make a book feel personal, make a character that might be otherwise unlikable seem more relatable, exhaust a reader, or cripple a book that could have been impactful with a little more variety or perspective.

A first-person narrator can give us a look through their eyes at their life, and the battles they are fighting on a day-to-day basis. When an entire book is in first person, narrated by one character just speaking about themselves and their lives, we’ve only gotten one perspective when every character has a story.

First person narrative can give readers a very limited perspective on the story, and make it difficult to think about anything but just what one character is thinking. As a writer, I try to keep in mind that every character in my story has a story of their own, so to speak. When a writer forgets that all her characters have stories, the side characters can start to feel useless and bland.

First person narrators magnify events that involve them. The petty annoyances of life are made larger, and the life-changing things rock their world. Being able to display this much feeling and impact through an “I, me, my” narrator or character can seem impactful and enriching, or end up petty and exhausting.

In some books – and not necessarily just psychological thrillers- an unreliable first-person narrator undeniable enriches the story. When we must think about whether or not the narrator is telling the truth, it changes our perspective on the story and we think about the events and character more critically.

The Hank the Cowdog series by John Erickson is generally enjoyed by children, but the nuances of the character, humor, and emotion that is added to the book by an unreliable first-person narrator seem to have served to make the series interesting to all sorts of readers. It can be a powerful thing to have a flawed main character, and let readers see how a character’s life is filtered through their experiences, passions, thoughts, and opinions.

Veera Hiranandani has a wonderful first-person narrator in her book The Night Diary, which won the Newbery Medal this year. She was dealing with a topic that would be unfamiliar to many readers, and was also sensitive and filled with emotion. By filtering the events of her story through the eyes of a young girl, The Night Diary became a touching and impactful story rather than bleak, as it otherwise might have been

So when is a first-person narrator the right choice for a story? How can an author ensure that a reader sees past one character to her story as a whole? There’s not one right answer. In my opinion, she should certainly consider whether having one perspective is going to make her story powerful and character realistic, or if having multiple characters give their perspective is going to make it easier for characters to see her full story. First-person can be a wonderful asset to a story, but it’s good to have a chance to see the world through the eyes of several different people.

What do you think about first-person narrators? Do you love them? Hate them? Think there’s just too much of them? Do you think they improve a story or take away from it?

21 thoughts on “What Do You Think of First Person Narrators?” 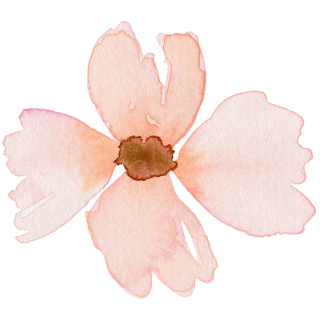 Join 74 other subscribers
Follow This Stack of Books on WordPress.com